When was the last time that there was so much buzz about coal. First, there was news that Stanford, one of the major university endowments in the country, was divesting from coal. More recently, the EPA announced new regulations on coal emissions. Both are very big and very interesting announcements. However, coal is entrenched in our utility grid and coal provides 50% of electricity in the United States and even 100% in some states. Divestment & even the new regulations won’t solve our problems with fossil fuels but there is a solution – Integrated Reporting. 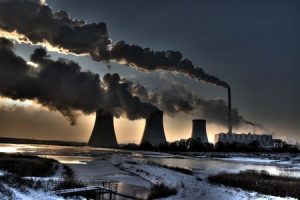 Often the risks, the externalities or “hidden costs” of coal extraction aren’t borne by the corporation that caused them. Instead, they’re paid for by the general public – for environmental cleanup, health care, loss of livelihood, depleted resources, etcetera. We are aware of these things but somehow these costs have become divorced from the product and we need to fix that.

Are we willing to bear the costs of coal-use once the contingencies are factored into the market price? I suspect not. The divestment movement sweeping the country suggests we – or at least a younger generation – does not want the risks associated with fossil. Still, while divestment is a way to raise the issues it doesn’t solve them. The real work comes in aligning costs with consumer price & shareholder returns. In 2005, coal produced 50% of our country’s electricity while generating 81% of the CO2 emissions. A 2011 Kennedy School report found that incorporating the environmental and health costs associated with coal significantly increased the price per kilowatt hour – doubling or even tripling the market price of coal and adding 17¢/kWh meaning, “the true monetizable costs could be as much as the upper bounds of $523.3 billion, adding close to 26.8¢/kWh.”As the Kennedy School report states, “externalities are borne by the general public.” Very cheap coal comes at a cost. We don’t pay when we buy the coal (or the energy produced from it) and so we think it’s inexpensive. The thing about corporate externalities is that we (the public) pay one way or the other. A Brookings Institute report sums it up this way,

In total, the National Academy of Sciences recently estimated total non-climate change-related damages associated with energy consumption and use at more than $120 billion in the United States in 2005, nearly all of which resulted from the effects of air pollution on our health and wellness (NAS 2010) Will we still love coal once it’s accurately priced?

Integrated Reporting combined with divestment and the new EPA regulations could be very effective. President Obama is taking aim at the coal industry, “He is using his executive authority under the 1970 Clean Air Act to issue an E.P.A. regulation taking aim at coal-fired power plants, the nation’s largest source of carbon pollution.” The new regulations aim to cut, “emissions from nation’s coal-fired power plants by up to 20 percent and force industry to pay for pollution it creates through cap-and-trade programs across country.” This is exactly a step in the right direction because it forces companies to pay for the problems they create.

Let’s just say it: Coal is too expensive.