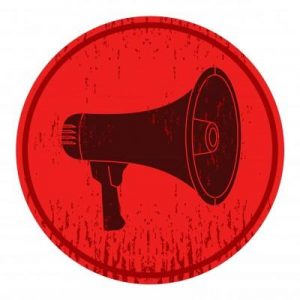 I read an interesting article in Yes Magazine recently (Watch Us Move Our Missions, 02/01/12). It profiled cities, organizations and churches moving their money out of banks that they consider to have had a negative impact on society. You might have heard about Bank Transfer Day. I, honestly, didn’t hear too much about the outcome of that action, but the idea of municipalities and institutions moving their money is interesting. There is the potential for real impact.

Consumer activism is the single device with the most immediate impact on corporations, and there are a few very celebrated cases. For example, about twenty years ago the Greens were upset with Shell for the way in which it proposed to dispose of a North Sea platform. In Germany, the Greens simply managed to boycott the Shell gas stations. And so Shell in that case bowed to what the Greens said they should do in answer to the customer boycott.

In general, though, the problem is how to make consumer actions really effective. In the case of Bank Transfer day — is this going to be a case where the person who takes their money out of bank A, puts it into bank B, and somebody takes it out of bank B and puts it into bank A?  To have an effective consumer boycott is difficult. There’s little sense in simply doing things for the exercise of it and just simply moving money around without any particular long-term impact on the corporation.

Effective consumer action means collective action — it means a lot of people doing it. The Yes Magazine article gives a few example but particularly striking was the City of San Jose moving $1B out of the Bank of America. That’s a lot of money – enough to make the company sit up and take notice.

Actions like this have to threaten a vital corporate interest in order to effectively communicate their message. And the message has to resonate with other consumers.  So you have to have a good communications effort, and someone has got to spend some money, some time and some energy. And, there’s no personal return on that investment so you have to have people who are sufficiently invested in the idea to want to commit themselves without any help or personal gain. That’s a rare species of humanity. In my life, I’ve spent a lot of time and a great deal of money on collective action efforts in the form of shareholder resolutions. It’s a topic I know well.

Ultimately, you want the management and board directors to have to react to any collective action. And they should react to things like the City of San Jose moving their money out of Bank of America. The company should have a special meeting and they should see exactly what steps the corporation has taken to put themselves in this position and they must be absolutely fastidious in insisting that the corporation in which they are director operate in congenial, compatible coexistence with societal values.

The City Council in San Jose made a very interesting and effective argument linking the number of Bank of America foreclosures in their community  to lost jobs and lower tax revenues. It meant layoffs in public jobs, a decrease in public services and it had a detrimental effect on the community. They sent a very loud, clear message that they won’t tolerate poor corporate citizens – they’re not going to keep their money in a bank whose behavior has a negative impact on their community.