A corporation is the creature of the state. There is no such thing as corporate Common Law. Each of the earliest corporations was literally created by specific statute, a condition which has been diluted over the last four centuries. The original social contract that made creation of corporations attractive was explicit: what business, what term, what invested capital. These corporations were created to serve human interests and they were tied inextricably to the interests of society. 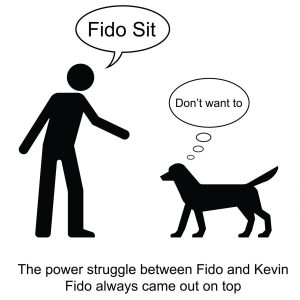 Until recent times, corporations were associated with physical assets and with a specific location chosen for incorporation. A location that made sense for the business and for the community. The physical impact of corporate functioning was juxtaposed with the law-making power of the state where it was domiciled. The corporation was subject to the laws of its home state and this then (and only then) gave it legitimacy. It was therefore subject to both its owners and to the individuals directly affected by its impact. Owners had the power to make changes within the corporation and society had the power to alter the conditions under which the corporation could operate. It was a balanced system that benefitted all.

Globalization has changed this relationship. Corporations have raced around the globe exploiting cheap resources, cheap labor and in search of untapped markets for their products. We can’t stop that but we must stop “domicile shopping” where corporations are free to choose where to incorporate and which rules to follow. This “Race to the Bottom” has created a system which serves only the few rather than the majority of society. The original intent of corporations serving society has been lost.

As corporate “assets” have shifted from the physical to the intellectual (patents, know-how, brands, good will), companies have no compelling association with a particular place. This separation has led imaginative decisions as to where corporate earnings are to be taxed and under what rules of governance they will function.

Ultimately, this unregulated discretion encourages abuse – and most importantly, doesn’t serve the needs of society. Corporations must function according to rules compatible with human welfare. There must be a reasonable code underlying corporate domicile and the balance between corporate, shareholder and stakeholder needs must be restored.

We are in a situation where our domicile and governance laws haven’t yet caught up with corporate operation. Corporations have become disconnected from the places and the laws that gave them life – taking the legal benefit of a domicile and shirking the legal responsibilities. They’ve adjusted to technological advances much faster than our laws and we must catch them up. The digital revolution has erased boundaries for work and commerce but we still govern corporations within state borders. Either we need to reign corporate operations in within a state and country or laws must transcend those borders to oversee a corporations across the globe. Which will it be?